Skip to content
Cart
Now reading: How to Make Your Candle Burn Evenly, Every Time
PrevNext

When you pour time, money, and love into choosing your next favorite luxury candle, you want to make sure that it burns beautifully and lasts as long as possible.

In this article, we'll help you do just that by showing you how to make your candles burn evenly, every time. 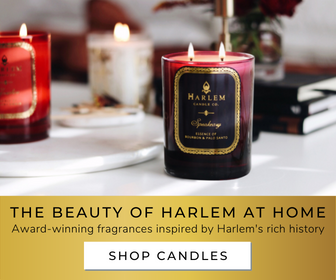 Why Do You Want Your Candle to Burn Evenly?

An even burn means that the entire surface of wax melts at the same, steady rate when you light your candle. After you extinguish the flame and let it cool, the surface of your wax will be smooth and flat.

To see if your candle is burning evenly, make sure that the melt pool extends all the way to the edge of the jar. The flame should be calm and steady, and the unmelted layer of wax underneath should be level.

In other words, an even burn means that your candle is not tunneling.

Candle tunneling, if you're not familiar with the term, is when only the portion of wax at the center of your candle melts. The portion of wax around the outer rim of the candle remains hard and unmelted, even when your candle is lit. As a result, the wax in the middle gets lower and lower compared to the wax on the outside, forming a narrow hole or tunnel.

As a result, a candle that's tunneling will burn out much sooner than it's supposed to and becomes quite unappealing to look at.

On the other hand, a candle that burns evenly will last longer, maintain a flawless appearance, and avoid issues like tunneling.

How to Make a Candle Burn Evenly

The most important thing you can to do ensure that you candle burns evenly is to pay attention to the first burn (the first time you burn a new candle).

To understand why, you need to know that wax has "memory." No, it doesn't remember what it had for lunch. Candle memory means that if only part of the wax is allowed to melt and harden again, in the future that same part will melt more faster than the surrounding parts.

Candle memory works in a similar way. An incomplete first burn creates a portion of wax that's "stretched out" and melts much faster during subsequent burns, causing your wax pool to grow vertically deeper (forming a tunnel) instead of expanding outwards (burning evenly).

To prevent this from happening, it's so important to make sure that the first time you burn a candle, give it enough time to melt the entire surface layer of wax. Don't blow it out if there's any unmelted wax remaining on the top.

A good rule of thumb to keep in mind for the first burn is to allow your candle to stay lit for at least one hour per inch of container diameter.

As an example, if you opened up a brand new luxury candle from the Harlem Candle Co., which are 3.25 inches in diameter, you should try to let it burn for at least 3 hours for the first time.

2. Keep Candles Away From Drafts

Wind from windows and air blowing from vents can cause your candle flame to flicker or bend, resulting in an uneven burn.

That's because air flow pushes heat from the candle flame towards one side, causing the wax there to melt faster.

Mild or intermittent sources of airflow, such as a person passing by, might not have a significant impact, but a consistent draft over a longer period of time — like the wind from a window, vent, or fan — may leave you bemoaning a lopsided candle.

3. Keep Candles On a Level Surface

This one seems obvious, but we'll say it anyways: burn your candles on a level surface.

If you don't, you'll find the the melt pool looks like it's slanted (although in reality it's actually the candle itself that's tilted) and your candle will burn unevenly.

How to Fix a Candle That's Burning Unevenly

If you notice your candle is burning unevenly, you need to forcibly melt the entire surface of the wax in order to "reset" it's memory. Then allow the melted wax to settle back into a smooth, even surface.

There are several methods to do this, which we cover in our article about how to fix candle tunneling.

We hope this information helps you enjoy a longer and more pleasant candle burning experience. If you love candles as much as we do, check out some of our other articles about candle care and fragrances. And if you have any questions, don't hesitate to reach out!