An elegant, well-crafted candle jar is just as much a treat for the eyes as it is for the nose. In our article What Makes a Candle a “Luxury Candle”, we talked about why a beautiful container is an important part of what makes a luxury candle so… luxurious.

But sometimes, when burning your favorite candle, you might notice black stains or a dark ring starting to form around the rim of your candle jar — usually after the first few hours of burning.

In this article, we’ll explain why your candle jar might turn black, how to clean it, and what you can do to prevent it.

Why Does My Candle Jar Turn Black?

Candle jars sometimes turn black due to an accumulation of soot, a powdery black substance consisting of tiny carbon particles released from the candle flame during incomplete combustion.

All candles have the potential to produce soot — sometimes because of how they were made, and other times because they aren’t burned with proper care.

What exactly is “incomplete combustion” and why does it produce soot on your candle?

Wax is primarily made of hydrocarbons — large molecules containing hydrogen (H) and carbon (C). When it combusts, the wax is vaporized and reacts with oxygen (O) in the air to produce heat, light, water (H2O), and carbon dioxide (CO2). 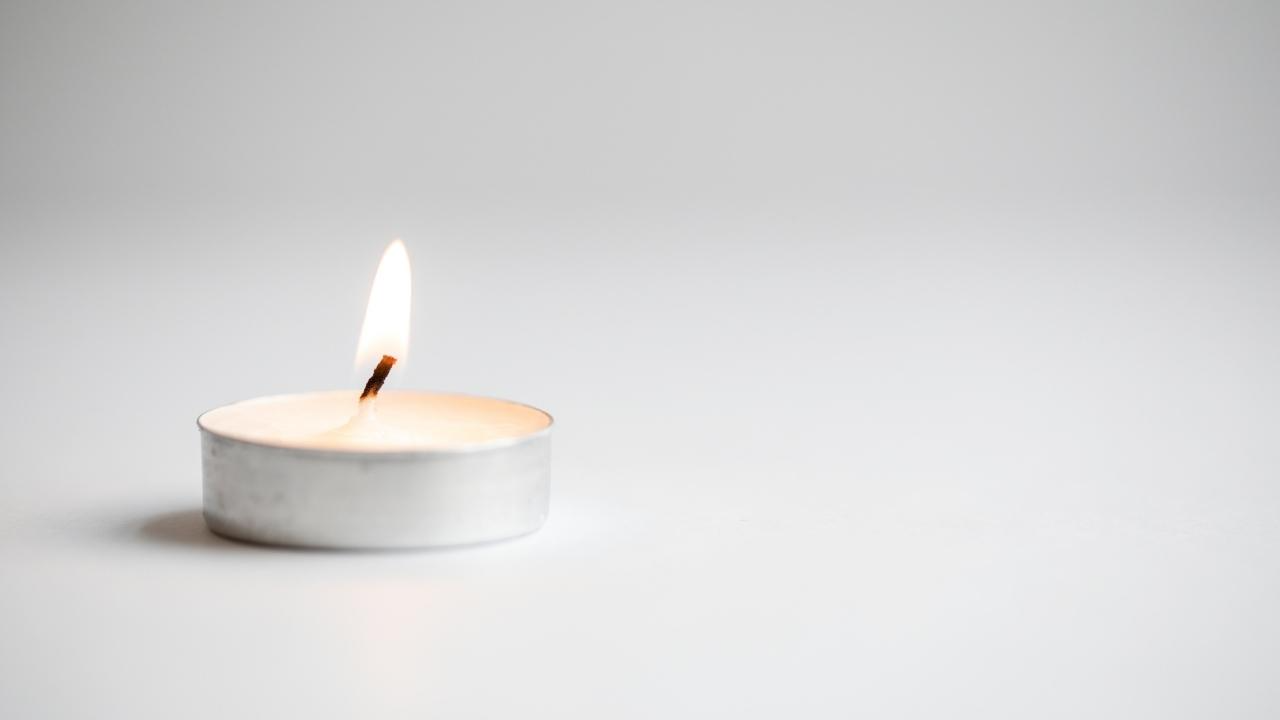 Incomplete combustion occurs if that balance is upset and wax is drawn into the flame faster than it can be burned. When this happens, the excess wax is released as soot instead. You might see soot being produced in the form of black smoke, which slowly settles on the sides and around the rim of your candle jar.

In other words, soot turns the jar black when your candle doesn’t burn cleanly. This can happen depending on several factors, including:

You might have noticed that some candles seem more prone to turning black than others — one of the biggest reasons for that is the type of wax inside.

Paraffin wax candles in particular are known to produce a lot of black smoke and soot when burned, whereas soy wax, beeswax, and vegetable-wax candles tend to burn more cleanly.

A misconception that we sometimes hear is that certain types of candle waxes, like soy wax, are “soot-free” and don’t produce soot at all. Unfortunately, that’s a myth. All candles produce soot, although the amount and appearance may differ depending on the type and quality of the wax.

Certain additives and fragrance oils blended into the wax can also increase the amount of soot produced by a candle.

A longer wick produces a larger and hotter flame, which causes the surrounding candle wax to melt faster and give the flame more fuel.

The increased fuel means wax is drawn into the wick faster than it can burn and react with oxygen in the air, resulting in incomplete combustion. The extra wax is released as soot.

Longer wicks are also more likely to curl up or form what looks like a mushroom cap while they burn. This creates an uneven flame that disrupts the normal combustion process, resulting in more soot.

We mentioned before that a perfectly burning candle produces a calm and steady flame. On the other hand, a flickering flame is a sign that the rate of combustion is inconsistent.

It’s normal for your candle to flicker when you first light it — it usually takes a few minutes for the flame to stabilize into its steady teardrop shape. However, if the flame continues to flicker for a long time, your candle jar becomes much more likely to accumulate black, powdery soot.

A common cause of flickering is the flow of air when you place your candle near a window, doorway, or vent. If you’re having problems with your candle jars turning black, avoid placing them in areas with a strong draft.

How to Clean Soot off of Your Candle Jar

You can remove the black soot from candle jars with a damp paper towel or cloth. For glass and ceramic jars, follow these simple steps below.

As a safer alternative, we recommend using a simple vinegar solution made with 1 cup of vinegar and 1 cup of warm water. Vinegar helps break down and loosen any soot that's clinging to the surface.

If the soot still isn’t coming off, you can increase the ratio of vinegar to water for more cleaning power.

How to Keep Your Candle Jar From Turning Black

There are 4 main things you can do to make sure your favorite candles burn beautifully and prevent soot from turning your candle jars black:

It's important to buy well-made candles. Pay attention to the type of wax used — cheap paraffin candles are much more likely to produce soot than our luxury candles made with high quality soy wax.

When burning your candle, it’s important to trim the wick regularly to keep it from becoming too long. We recommend trimming your wick to ¼ inch before each burn to limit sooting and mushrooming. If you don’t already own an elegant wick trimmer, you can also use nail clippers to trim your candle wick.

When extinguishing your candle, don’t just blow the flame out. That will release a tuft of soot-containing smoke and leave you with a smoldering wick which continues to produce soot and smoke. Instead, put a lid on the candle or use a candle snuffer to cleanly extinguish the flame by starving it of the oxygen it needs to continue burning.

Lastly, keep your beautiful candle jars away from drafty areas. Too much air flow can cause the flame to flicker, which changes the amount of oil being burned and results in soot staining your candle jar black.

Can You Bring Candles on a Plane?