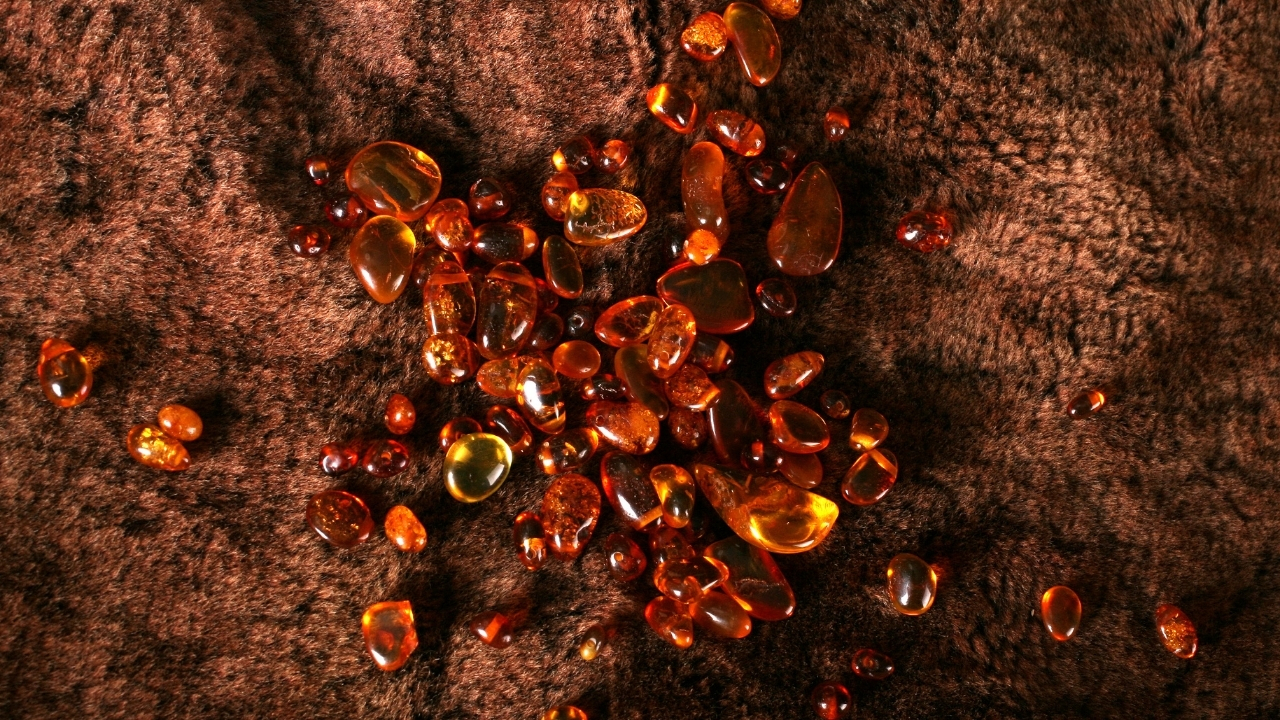 Often used as a base note in premium perfumes and candle fragrances, amber is mystical, elusive, and exotic. But despite how popular it is, many people don’t know what amber is because its origins are just like its scent — shrouded in a bit of mystery.

Just what is amber and what does it really smell like? In this article, we'll discuss the origins and odors of this classic scent. 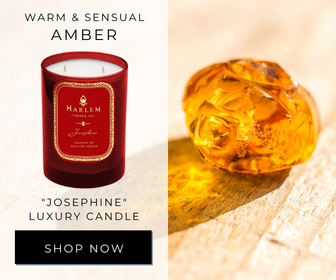 There are two prevalent interpretations about what amber is and how it should smell.

First, most people associate the word “amber” with fossilized tree resin. This substance starts as a viscous, organic liquid exuded from tree bark and hardens over time into a reddish-golden stone after countless years.

In ancient China, amber was burned during traditional festivities to produce a musky, pinewood fragrance. But nowadays, fossilized amber is mainly found in jewelry — it is not used to create scents or fragrance oils. When you burn an amber-scented candle, what you’re actually smelling is a synthetic combination of other scents designed to imitate what one might expect from the original.

The second theory is that “amber” fragrances came from ambergris, a waxy substance produced inside the gut of sperm whales. Despite how it sounds, ambergris has been sought after since ancient times to be used in rare and high-end perfumery. It has a uniquely musky, sweet, and earthy odor with hints of marine and animal elements.

Like with fossilized resin, ambergris is also not used directly in modern fragrances due to how difficult and expensive it is to obtain. Instead, most formulations use synthetic ingredients that mimic the desirable smell of ambergris.

However, amber and ambergris are separate and unique fragrance notes, each with distinct scent profiles used in different products.

While both are used in high-end, premium fragrances, between the two interpretations above, we believe the first one to be more accurate — that the inception of modern amber fragrances was most likely inspired by the beauty of fossilized resin gemstones. 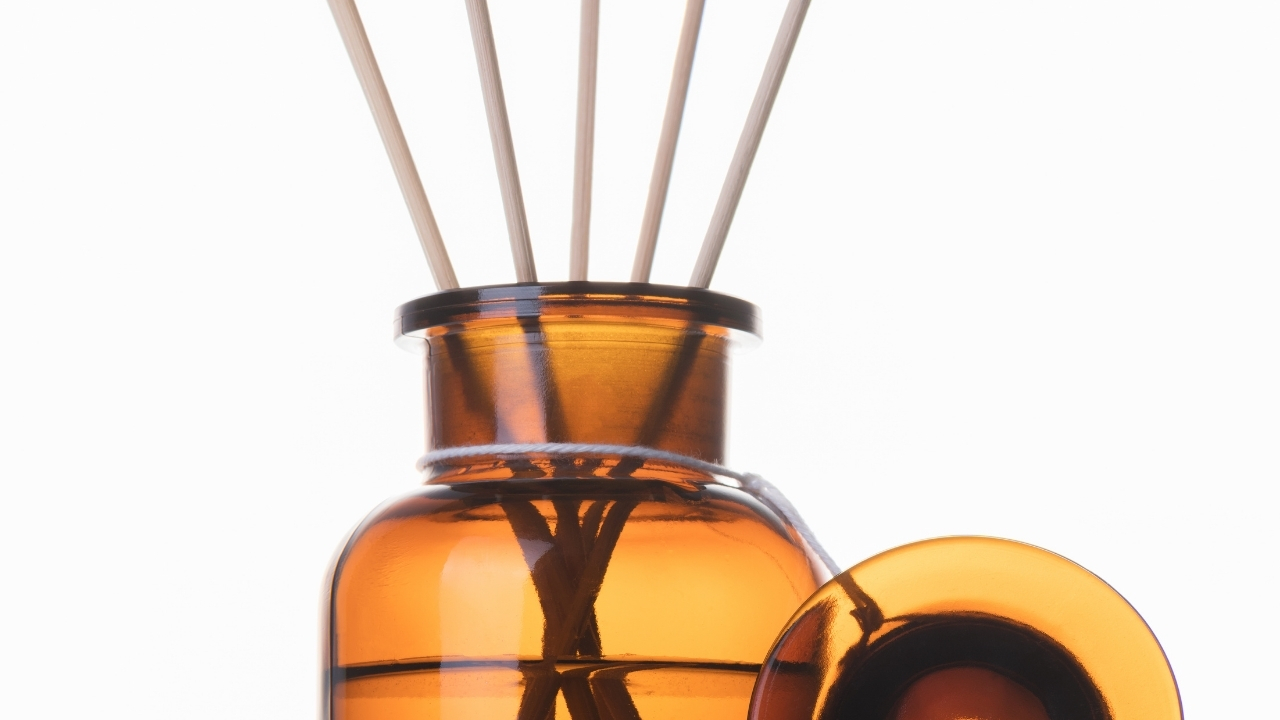 Amber fragrances are typically described as sensual, warm, and exotic. Other scents in the amber family include vanilla, tonka bean, and frankincense.

The scent of amber is made from a combination of other scents — not the actual fossilized resin, which has little to no scent on its own.

There is no standard formulation for the smell of amber, but it typically includes a combination of vanilla, benzoin, and labdanum among other ingredients. The exact formulation differs across different brands, with each maker’s individual interpretation of what amber is mixed in.

Overall, the beautiful and comforting smell of amber can be described as:

Amber, as it’s used in our luxury candle fragrances, is associated with sweet, spicy, and aromatic notes that are evocative of exotic places, opulent jewelry, and warm memories. Its warmth and subtle sweetness evoke a sense of comfort and indulgence to perfectly match the mood of fall and winter.

As an incredibly versatile base note, amber can be combined with a variety of floral, fruity, and citrusy scents to add depth and roundness.

Different versions of amber fragrances also include hints of powdery, spicy, smoky, or balsamic notes to give it a distinct and exotic flavor.

Where Does Its Scent Come From?

The primary ingredients in most amber formulations are vanilla, benzoin, and labdanum. Some blends may also include patchouli, tonka bean, balsam, and other fragrance oils with similar scent profiles.

Vanilla is a sweet and spicy scent that almost everyone is familiar with. In fact, it’s one of the world’s most popular spices and the #1 flavor of ice cream. Its characteristic smell comes from the chemical vanillin, which is extracted from vanilla beans. The inclusion of vanilla as an ingredient in amber brings warmth, richness, and its subtle sweetness.

Benzoin is a gum resin produced from the Styrax benzoin tree native to Sumatra, Java, and Thailand. Traditionally used in incense, benzoin has a strong odor that gives amber its spicy, exotic, and resinous notes.

Labdanum is a sticky brown resin that comes from the Cistus ladanifer plant native to the Mediterranean. It’s scent is sometimes compared to that of pine and leather, with a heavier, balsamic, and slightly smoky aroma.

Together, these 3 main ingredients form the pleasant combination that most people now recognize as amber — warm, resinous, sensual, slightly sweet, and exotic. At the Harlem Candle Company, we love using amber as a base for many of our most addictive and sensual candle fragrances.

Alongside the warm smell of amber, each of these candles tell a unique story inspired by the history and culture of the Harlem Renaissance.

An opulent, luxurious scent that captures the sensational impact of Harlem’s hottest jazz clubs with a bright citrus opening of vibrant bergamot and a velvety background of warm amber, sweet Tonka bean, and precious sandalwood.

A deeply personal blend based on the life of Langston Hughes, that combines notes of aromatic tobacco, leather, vanilla, heady jasmine, resinous sandalwood, and ambery incense together into a celebration of the jazz poet’s creative vision and some of the strong symbols in his life.

The perfect relaxing fragrance that evokes a feeling of serenity and tranquility, featuring notes of lavender, pimento berry, and bergamot, followed by a lush, emotional heart of jasmine and iris, and finished with a seductive field of liquid amber, patchouli, and sandalwood.

A soft breeze carries balmy smells of bergamot, cardamom, and freesia across the welcoming stoops of Harlem’s brownstone homes. Soft jazz drifts in from an open window, embodied by warm auras of amber, lemon and saffron, mixing with cozy scents of patchouli and sandalwood swirling in the living room.