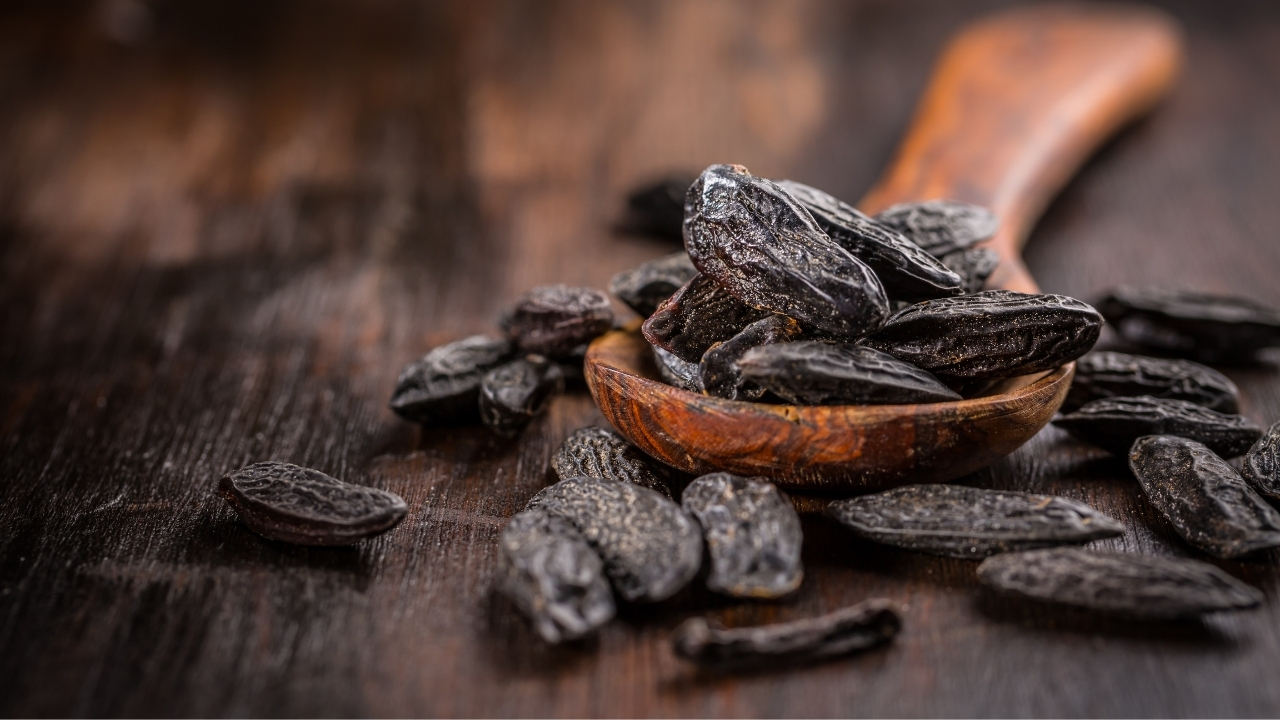 Tonka bean is a warm, intoxicating scent that’s often compared to vanilla. Both are popular and intoxicating base notes for some of our favorite candle fragrances, but many consider the smell of tonka bean to be more complex and fascinating — as is the backstory behind this humble legume. 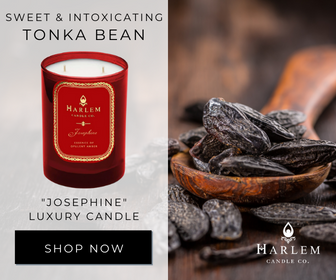 What Are Tonka Beans?

Tonka beans come from the tropical rainforests of Central America and parts of South America. After they are harvested, cured, and dried, tonka beans take on the appearance of black, wrinkled beans about the size of an almond.

For centuries, these beans have been used as an ingredient in Latin American cuisine. In 1793, it was introduced to the French, who fell in love with its sensual, vanilla-like aroma. As the popularity of tonka bean exploded, the French dubbed their obsession “fièvre tonka” — a pun that translates to “tonka fever.”

In 1820, chemists isolated coumarin, the chemical compound mainly responsible for tonka bean’s unique fragrance and taste. The scent of tonka bean was first added to perfume in 1882 in Fougère Royale by Houbigant, which was the origin of the fern fragrance family.

By the early 1900’s, tonka bean became widely used in perfumery because of its rich and complex aroma. The tobacco industry began to use tonka bean powder to impart a smoother, softer, and warmer aroma to tobacco.

Tonka bean also found its place into American cuisine as a gourmet ingredient. But in 1952, the FDA banned food products containing coumarin from the United States due to fears that it could cause serious liver and heart damage if consumed in extreme quantities. Thus, tonka bean became an illegal food ingredient.

However, the use of tonka bean in fragrance and perfumery is perfectly legal. In fact, the United States is the world’s largest importer of tonka beans for this reason.

The pleasant, natural aroma of tonka bean can be described as a mix of sweet, spicy, nutty, herbaceous, and woody.

Its scent is complex and sweet like vanilla, with enticing notes of spices and tobacco. It can be warm, welcoming, and even seductive at times, depending on how it’s blended together with other fragrances.

Most can agree that the smell of tonka bean itself is distinctively multifaceted. We like to think of tonka bean as an intoxicating mix of:

If one were to compare it to vanilla, the smell of tonka bean is not as overpoweringly sugary. Rather than being creamy-sweet, tonka bean has a more neutral sweet tone with nuanced notes of cinnamon spice, almond, cherry, and sweet hay.

Out of the six major fragrance families, tonka bean can be traced to both the Fougère (Ferns) and Oriental families. One one hand, the coumarin accord originating from tonka beans forms the basis of woody and herbaceous Fougère fragrances. On the other hand, its vanilla-like characteristics place it in the heart of many rich and exotic Oriental fragrances.

With its rich, warm, and deep aroma, tonka bean is a sensual and tenacious base note used in some of our favorite luxury candle fragrances like Home and Josephine. 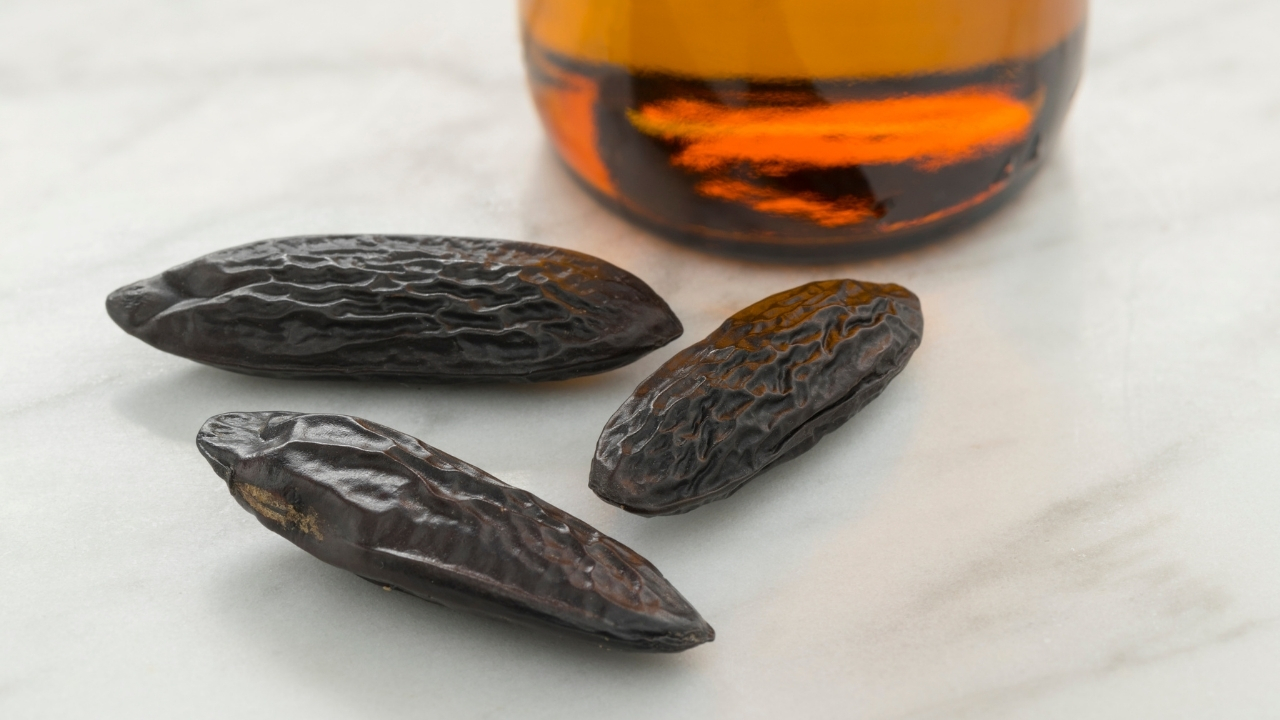 Where Does Its Scent Come From?

Tonka beans are seeds from the tree Dipteryx odorata, which is also known as “cumaru,” “kumaru,” or “Brazilian teak.” After the fruits are harvested, the seeds are removed, dried, and cured, which produces these black, wrinkled beans that are smooth and brown on the inside.

The essence of tonka bean is derived from coumarin. When tonka beans are dried and cured in rum, small colorless crystals of coumarin can be extracted.

While coumarin has a bitter taste, it smells pleasantly sweet and aromatic. Coumarin gives tonka bean its sweet odor resembling that of vanilla. At the same time, it also gives off a herbaceous scent reminiscent of freshly mown hay.

Trace amounts of coumarin can also be found in other plants, such as vanilla, cinnamon, sweet clover, lavender, strawberries, and apricots. So even if you’re smelling tonka bean for the first time, you might find the aroma to be vaguely familiar.

In some cultures, the tonka bean is considered an aphrodisiac and has been nicknamed the “love-wishing bean.”

Tonka bean absolute, the essential oil extracted from the beans, has been used in traditional medicines for its antiseptic, anti-coagulant, and anti-inflammatory properties. People once used it as a tonic to treat a range of conditions, such as cramps, nausea, spasms, swelling, and even tuberculosis.

In aromatherapy, the pleasant scent of tonka bean is believed to help calm the mind and ward off negative thoughts. It’s aroma becomes more noticeable as time goes on, which makes fragrances containing tonka bean especially great for creating relaxing environments and even promoting sleep. 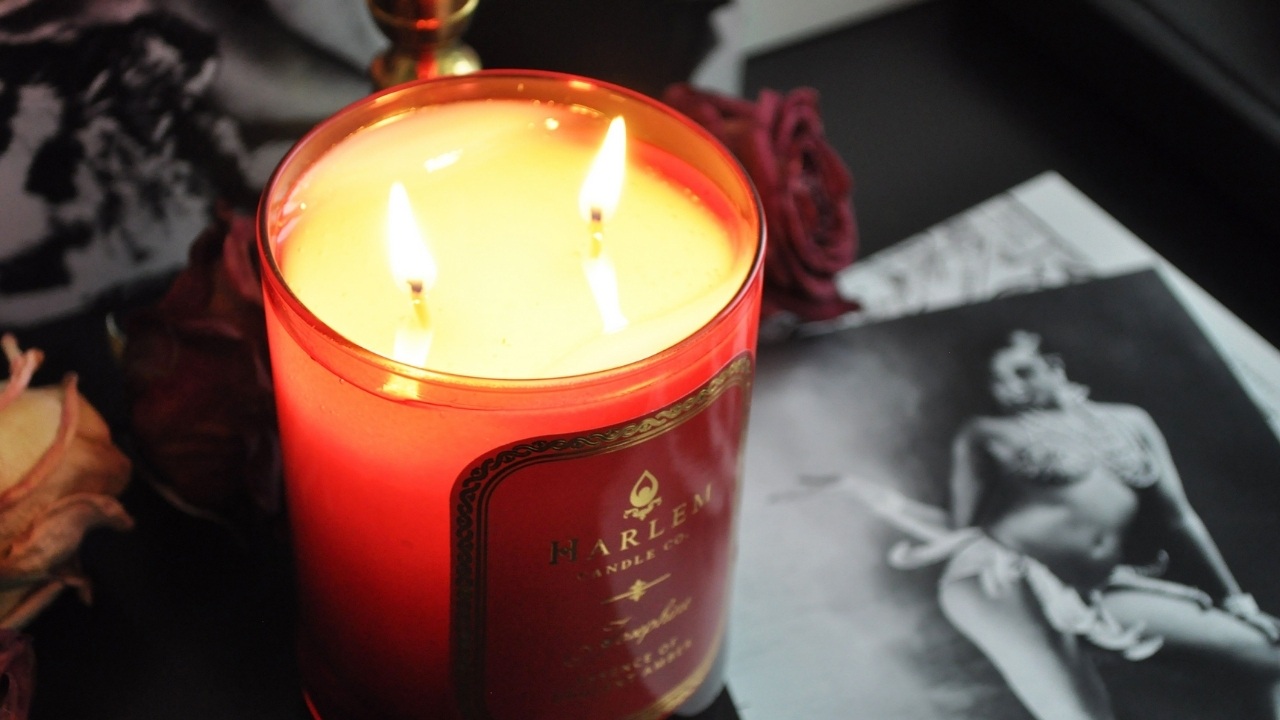 Lusciously sweet, spicy, and herbaceous, the addicting aroma of tonka bean is used as a base in some of our most beloved Harlem Renaissance-inspired luxury candles.

An opulent, luxurious scent that captures the sensational impact of Harlem’s hottest jazz clubs with a bright citrus opening of vibrant bergamot and a velvety background of warm amber, sweet tonka bean, and precious sandalwood.

Influenced by the vibrant energy of Harlem, refined citrus top notes blend seamlessly with a delicate floral heart of violet, lilac, and jasmine. Aromatic green tea leaves tantalize the senses, and an addictive base of sandalwood, amber, and tonka bean provide a magnificent finish to this magical scent.