Skip to content
Cart
Now reading: What Causes Sinkholes in Candles & How to Prevent Them
Share
PrevNext 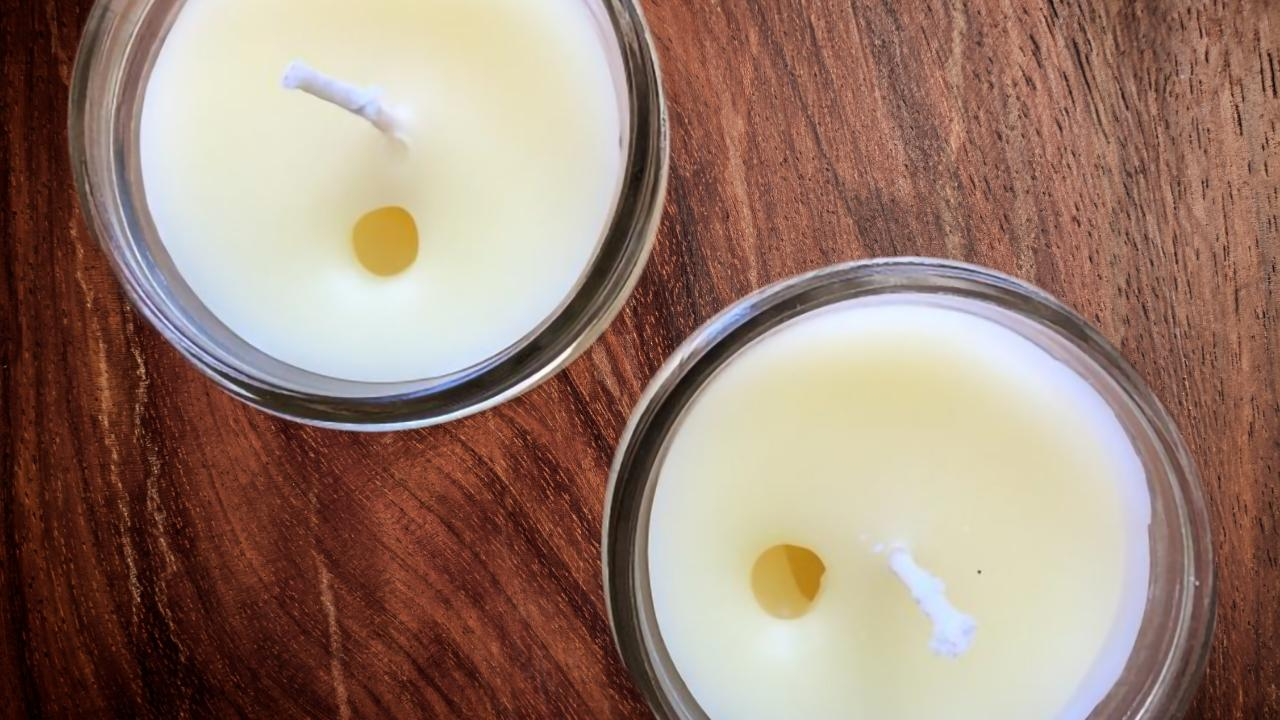 Sinkholes are small pockets of empty space that can sometimes form within candle wax when it hardens. These cavities tend to dip down toward the center of your candle. It’s important to find and fix sinkholes because they can negatively affect how the candle burns.

Sinkholes sometimes form during the wax setting process, when candle wax at the edge of the jar and around the wick cools down at a faster rate than the rest of the wax in the container.

So how does that result in a sinkhole?

When wax is heated it expands. Conversely, as wax cools down, it shrinks. When melted candle wax is poured for the first time, the heat causes it to expand and fill up the container.

As the wax gradually cools down and shrinks back to its solid state, it does so faster at the edges and around the wick. So imagine the liquid wax starting to harden and "sticking" to the edge of the candle jar and the wick.

Meanwhile, the still-cooling liquid wax under the surface that's not touching the edge of the jar or the wick continues to shrink and dip down, eventually forming a cavity as it hardens.

And voila, a sinkhole.

The temperature you should pour your wax at depends on the type of wax you are using. For example:

Some candle makers use a method of pouring the wax at cooler temperatures (e.g. around 120-135 F) to help prevent sinkholes, since cooler wax tends to melt at a more even rate.

The temperature of your workspace should ideally be around 70 F. Work in a ventilated area without any extraneous air movement such as drafts or breezes.

Lastly, the temperature of the candle jar being used can also affect how quickly or slowly the poured-in wax cools. For example, a cold jar causes wax near the edges to cool even faster, contributing to sinkhole formation.

Ideally, you should set your candle jar in an open area with enough time for it to naturally reach room temperature.

The type of wax used in your candle can also affect the likelihood of sinkhole formation.

That's because different wax types have different melting points and some shrink more than others as they cool. Paraffin wax in particular is notorious for creating sinkholes.

DOes THE SIZE AND SHAPE OF THE CANDLE Jar AFFECT SINKHOLES?

Yes, the probability of sinkholes changes based on the size of the jar or vessel you use.

Here's Why Sinkholes in Candles Are Bad!

Besides the unattractive look of sinkholes, it’s important to get rid of them because they negatively affect wick function.

When you burn a candle, the wick behaves like an absorbent towel. It sucks wax upward into the flame.

As your candle melts down to the level of the sinkhole, all of the sudden a large amount of wick is exposed.

When an excessive amount of wick is exposed, way too much liquid wax is sucked upwards, creating a dangerously large flame.

How To Fix Sinkholes in Candles

Sinkholes are relatively common, especially when making candles at home, but they're usually pretty easy to catch and fix.

It's quite rare to purchase a candle from a reputable brand and discover a sinkhole in it since professionals have quality checks in place during the manufacturing process to prevent or fix them.

But in the unlikely event that you discover a sinkhole in a candle that you bought, here's how to fix it.

Should You Get a 1-Wick or 2-Wick Candle? What’s the Difference?

Can Scented Candles Help You Sleep?